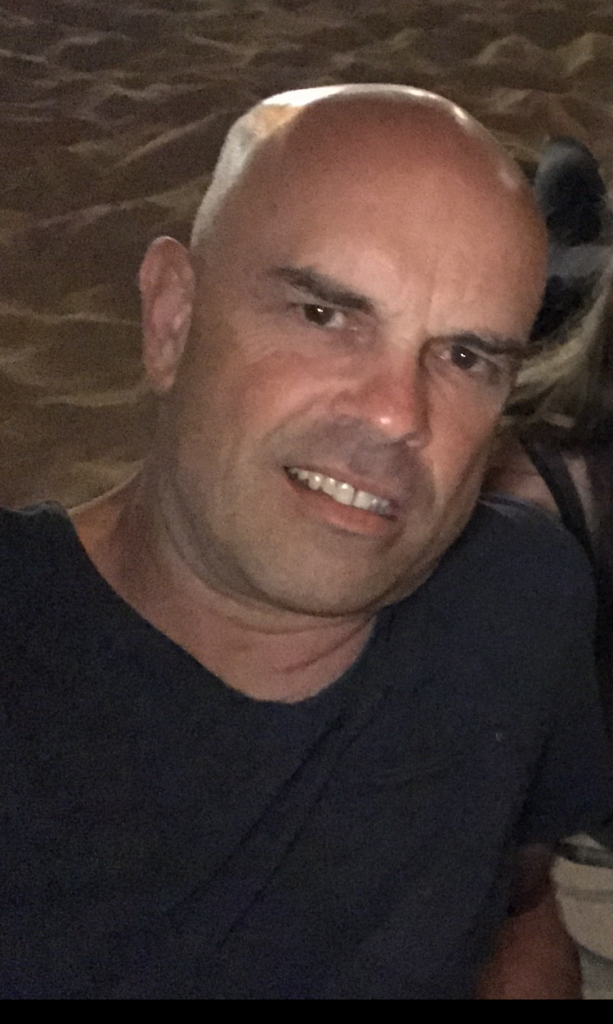 Ralph is 48 years old and lives in Utrecht. He has three children, one of whom has already left home. Ralph works at Schiphol Airport as an air traffic controller and in his spare time he likes to sport and do DIY projects. He is only an ADOA carrier and experiences no symptoms himself. Our board member Maud interviewed him.

What is your link with ADOA?
My youngest son has ADOA, we found out about it about four years ago. His vision deteriorated within a short time from 80 to about 50 percent. Through the diagnosis of ADOA in his son, Ralph found out that he himself is a carrier. My father, now deceased, also had very poor eyesight, so there is a good chance that he also had ADOA.

What was it like to receive this diagnosis for your son and how do you deal with it as a parent?
Of course it was a big shock for me and my wife. You mainly don’t know what the future holds for him. A lot of pennies dropped after the diagnosis. Once, for example, we were in an ice cream shop where it was very busy. When we asked my son to look for the flavour of ice cream he wanted while we waited, it turned out he couldn’t read the signs. My wife is mainly concerned with what he needs now. At school, he gets extra time for tests and he can do them on his laptop. I have mainly been busy with what is going on in terms of research into ADOA, or in other words, what we can expect in the future.’

Ralph’s other children have been tested and do not have ADOA. We’re glad we know that now, but in hindsight we may have tested them a bit too soon. Bartimeus advised us to do so and we didn’t really think about the possible consequences. When the clinical geneticist gave us the results, we realised that we might as well have waited until the children could decide for themselves whether they wanted to be tested.

Ralph is involved with the Cure ADOA Foundation. He looks for ongoing research and tries to gather as much information as possible.

How did you get involved in the foundation and what is your motivation for this work?
It started with the Facebook group, where I read an article about Stokes’ research. I wrote to them and shared my results with the board. I came into contact with Hedy from the board and she had a large document with all kinds of research. I started to dig into it. I made a lot of phone calls, sent e-mails and asked questions. I made the first contacts with research organisations and tried to separate the wheat from the chaff. Do we have to delve into something or is it still too vague? By the way, I often do this together with some other board members of the foundation.

Ralph is hopeful when it comes to research. Compared to 5 years ago there is a lot of research in the field of ADOA, Glaucoma and Leber. There is a lot going on. There are two or three commercial companies seriously working on developing a medicine for ADOA. I maintain close contacts with them. The researchers outline a time path of 5-10 years for a treatment to keep sight stable. For ADOA+ it is unfortunately more difficult. Most researchers do not yet dare say much about it. Other processes in the body also play a role. Work is also being done on gene therapy. That timeframe is more likely to be 10 years and it is also expected that there will be a limited improvement in vision. Positive therefore!