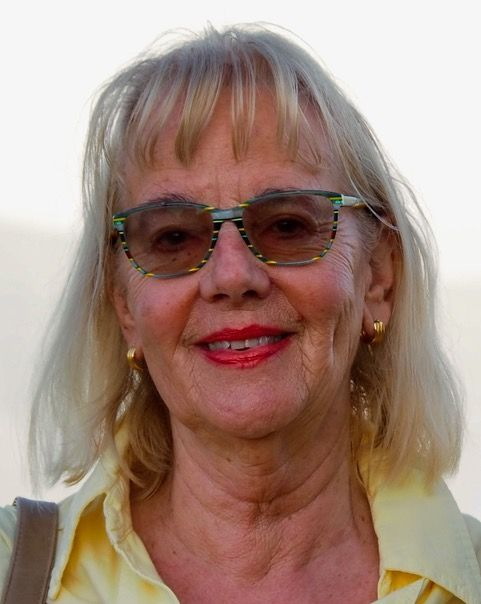 In the piece that follows, I share my experiences with Adoa+. When I was about 45 years old (1989), I went to the ophthalmologist in Amstelveen for the semi-annual check-up. At the end of the consultation, he asked if I had any questions and I said that my vision was poor even with my glasses on (I am nearsighted). He immediately replied that my optic nerves were dying and that I would slowly go blind.

He immediately added: “Well, see you in six months” and led me to the exit. Bewildered by this unexpected announcement, I then stood outside again. I had had no opportunity to ask questions and tried to forget about it, but still often had to think about this remark, which was puzzling to me. After six months, of course, I was back again.

The ophthalmologist then said that this condition occurred in several of my relatives and also in my mother. He wanted to do a PhD on it, but since my mother was not in the mood for all kinds of examinations (she was about 83 at the time and demented) this was not possible.

A few years later we moved to Hoofddorp where I got an ophthalmologist who immediately mentioned the name of my condition and said he knew something about it, because he had assisted a couple who had done research into it. During my next visit to him, he asked me if I wanted to participate in a color test. Of course I wanted to and so I learned that I had arranged the colors incorrectly exactly according to the book. According to this introverted doctor, who was very exited and was almost cheering for joy, this proved that I was color blind and had (A)DOA. He also told me that the Normans had brought this condition to the Netherlands long ago and that most of the Dutch patients live in Katwijk. I still knew little about it and so did the eye doctor, as it turned out later. When I got an iPad and could look up what (A)DOA does to your optic nerves, I understood a little more.

Years later I looked again and saw that there was also a DOA+. When I read about that, everything fell into place. I suddenly understood why I had fallen over so much, why my hearing had also deteriorated, why I often choked and why I had trouble pronouncing difficult words in the evening, and also had neuropathy in my feet, legs and hands. And then I suddenly remembered that my mother, who died in 2000, also suffered from all these things. But at the time, we didn’t even know the name of our condition, let alone the symptoms.

It was nice to understand why I have these symptoms, but also frightening. I could see me in 10 years sitting in a chair: Blind, deaf, no longer able to talk, eat, move, etc. Not a nice prospect! After a few gloomy days, I spoke sternly to myself and resolved to live in the “now”. Nobody knows what the future will bring, including me. Maybe it will all turn out better than expected.

The ophthalmologist of the color test has now retired. The years before that I always informed him about the facts that I found out on the Internet. He was always very interested in this. I was also examined for half a day at the AMC in Amsterdam. These examinations also showed that I most probably have (A)DOA.

The last few years I felt the need to meet fellow sufferers more and more. I was told that I had to go on Facebook. I never wanted that, but then I did it anyway. The next day I had about 200 friend requests from people I did not know at all. I was shocked and got off quickly.

A while later I suddenly got the idea to call the Oogvereniging, a Dutch patient association for eye diseasses. They gave me the phone number of the secretary of the ADOA patient group: Cure ADOA Foundation. I called immediately and got Gabriëlle on the phone, who told me that she also has Adoa+ and that few people have this plus. I was so happy to have finally found a fellow sufferer and then someone who also has a plus! At the same time I sympathize with her because she still has a whole life ahead of her and also has two young children.The zoom-meeting on the internet last year was also a very special experience for me; seeing and hearing people who have the same condition as I have. It struck me how cheerful everyone was.

Hopefully a cure will be found in the near future!