The story of Elina 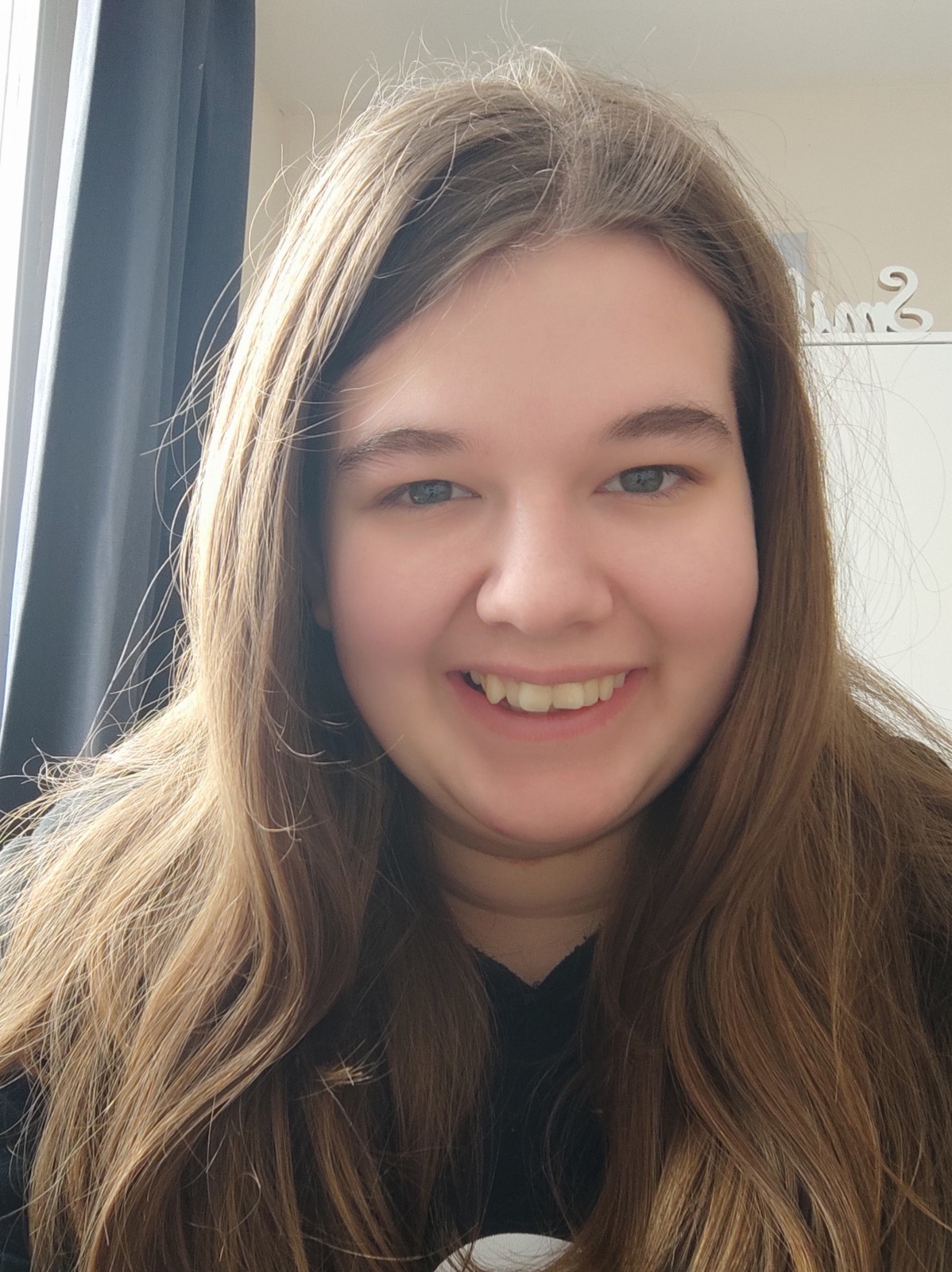 When I was in 7th grade I noticed that my eyesight was worse than that of all my classmates, I could not read the IWB and was bothered by the bright light of the fluorescent lamps. I asked the teachers if the screen could be a bit bigger, but apparently I was a big poser, because they didn’t believe me. Finally, together with my father, I went to the eye doctor in the village. He sent me to an ophthalmologist in the hospital who referred me to the UMC in Utrecht. This all left a deep impression. What a lot of tests! Later it appeared that my optic nerve was small, but they said ’this will grow back’. At that time I saw about 80%, but glasses did not help. I had to wear a cap in the classroom and then I would have less problems.

Years later
The years that followed I denied that I really had something wrong with my eyes until 3 years ago. Meanwhile, I was 18 years old and I met my boyfriend. Together we had a lot of fun, went to amusement parks, watched movies and went out for dinner a lot. My boyfriend and his mother noticed that I was making a lot of effort to, for example reading the subtitles at movies and when walking between small things. This was followed by a hard struggle with myself: I saw 80%, 20% less than them, well that was just the way it was. But my friend and my mother-in-law told me to have it checked again, maybe it had diminished. Together with them I went to the eye doctor in the village. He could not measure anything wrong, my eyes were fine, but still I saw badly. He did not understand this and sent me to the ophthalmologist in the hospital. I first thought, not again, I do not want this! And yes, again some tests. Yet he did not trust it, so I was sent to Bartiméus in 2019. I got several tests and there was the ‘redeeming’ answer: I have ADOA. And what did I think? I was shocked and didn’t understand anything anymore. I got a lot of explanations and we did not understand why the UMC had treated me like that. But that was the past!

The Future
Now I could finally look ahead. Although I often find that difficult. I often think: “If I start a training course now in what I like, will I be able to do this work in two years or will my eyes have deteriorated again by then? I received and am receiving guidance in this. They have been to my home to give explanations to those who are close to me and who can guide me well. They have made sure that I can do my work well by adjusting my workplace slightly. My computer has also been adjusted with the colors and I learned to be more handy with it, which benefits me a lot. Recently I started wearing filter glasses with a light transmission of 11%, which helps to reduce the many headaches and fatigue due to the light and efforts during my day. I can’t accept it very well yet, I can see about 35% now. What if I didn’t have this, then life would be a lot simpler. Despite that there are also a lot of nice things and I can more easily indicate what is going on or if I need help: ‘I just don’t see it!’

I’m grateful for my boyfriend and mother-in-law, who, just like my father, help me enormously through this sometimes difficult struggle by, for example, reading letters that are in too small print, holding my hand in the dark so I don’t have to concentrate too much or just listening when I’m having a hard time and experience too many struggles. But most of all accept me as I am and help me as much as possible!